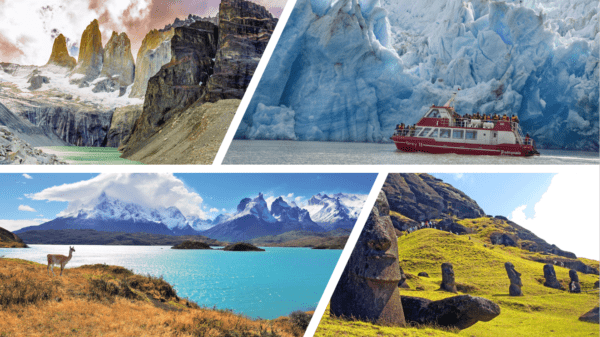 Step into a world of sheer energy as you sip, swirl, gallop, and gaze at glaciers. A riot of rarity – only in Chile can you race down Andean peaks, ride horseback across the untamed Patagonian plains, and stand in the parched and punctured Death Valley. Ever a country of contrasts, Chile is a place of a thousand faces. Be dwarfed by volcanoes, dodge steam and spitting geysers in the north, or go south to plunge in lakes the color of Lapis Lazuli.

The Capital of Santiago is a chic metropolis and home to almost half of Chile’s population. Party in well-heeled neighborhoods and check-in at cultured museums. Afterwards, head to the rambling vineyards to taste some of the finest wines of the new world. Embrace your pioneer spirit on Easter Island, where sacred sites, strange carved heads, and mystic vibes tap into an otherworldly curiosity.

At the ends of the earth, Patagonia will pull you in with its church-like mountain spires of the Torres del Paine. Be immersed in the soundscape of ice crashing and epic gaucho experiences. Experience mother nature like never before as you explore the last of South America’s untouched wilderness. 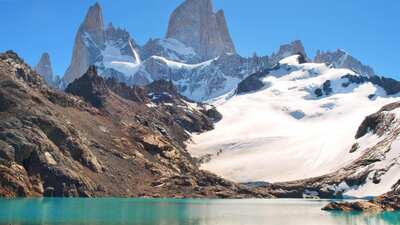 Gallop Across the Torres del Paine

Gulp bright air, gaze at glittering lakes, and stand in awe at the mountains that frame the plains of Patagonia. The Torres del Paine is one of the wildest places on earth. Explore on foot and 4X4 to witness the vistas of Paine’s Horns, see glaciers and granite shards that puncture the skies. Feel the wind in your hair as you gallop across the pampa on horseback and meet local gauchos on this incredible adventure. 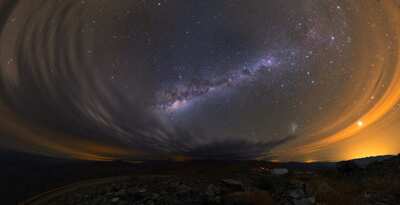 Discover the Cosmos in the Atacama Desert

The sky burns with a billion lights deep in the Atacama Desert. Lose yourself in the cosmos on a night sky safari. Leave space behind and luxuriate in the wild with a five-star stay at the Tiera Atacama Lodge with sweeping desert views, epic excursions, elegant eco architecture, and glorious gourmet experiences. Hike the pockmarked craters of the El Tatio Geysers at sunrise and watch the landscape spit and seethe as fumaroles fill the air. 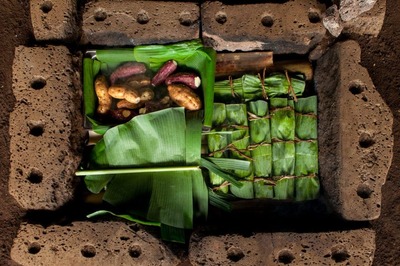 Taste the Culture of Rapa Nui

Whip up a storm on Easter Island where the waters teem with fat tuna, lobster, and mahi-mahi, and the land grows plump with sweet potatoes and tarot. In the kitchen a local chef will teach you the secret culture of Rapa Nui cuisine. Follow the ancient ways of hot stones, plantain leaves, and darkened holes in the soil to curate deeper tasting experiences and feast beside the sea. 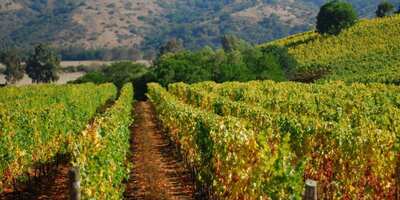 Hillsides of tangled vine welcome you to wine country. Hit the heart of the Rosario Valley where open cellar doors await. Sip and swirl bright Sauvignons and velvet Syrah reds before touring the estates. Let a sommelier guide you through orchestral tasting notes and linger over a lazy lunch. Embrace heart and heritage at one of Chile's oldest wineries – where traditional techniques, raw materials, and fully sustainable practices create a lasting legacy. 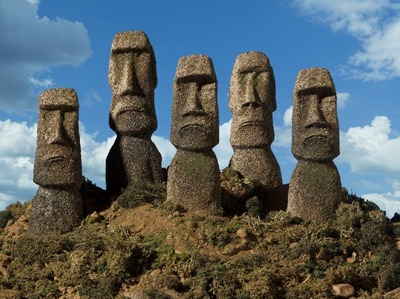 Unravel the Mysteries of Easter Island

Gallop across Easter Island on horseback where mysterious Moai heads rise up. Follow the surf crashing coastal path to find petrified lava caves and ancient Rapa Nui villages. Soak up infinite isolation on the island and unravel the secrets of lost ceremonies, legends, and sacred sites. Leave the land behind and marvel at Easter Island from another angle. Set sail on a glass bottom boat where a wealth of marine life wait in the depths of the turquoise waters. 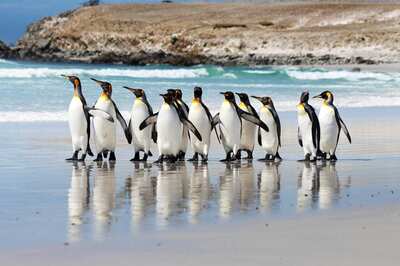 Dive into Argentina to get up close and personal with a King Penguin colony. Encountering these regal creatures in their natural habit is a once in a lifetime experience. Get lost in the din of feeding and breeding at the mouth of the Marassi River. This trip goes beyond the glory of birdlife, inviting you to soak up the cultural relics, museums, and fascinating historical sites that scatter Tierra del Fuego. 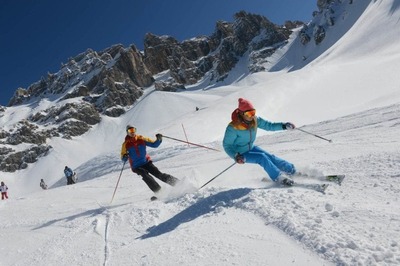 Ski Down The Steepest Andean Slopes

Experience a world of glistening glaciers, powdered peaks, and endless trails that wind and plummet across the rugged peaks of the Andes. Journey two hours from Santiago to Ski Portillo where winters are spent rushing down Chile’s steepest ski slopes. Perfect your snowboard jumps against a backdrop of blue lagoons and marvel at majestic mountain scenes. 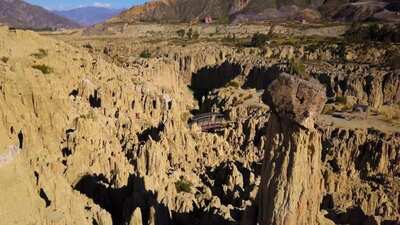 Float Away in Moon Valley

Endless dreams await in the Atacama Desert where time has carved epic sand sculptures for thousands of years. Step onto the Mars- like surface, watch a sinking sun throw fiery hues across the wind-hewn Moon Valley, and fall in love with Dali visions of looming volcanoes and ancient lakes. Drift away on the waters of the Laguna Cejar stashed in the heart of the salt flats. Naturally buoyant, feel weightless as you float in these flamingo rich waters. 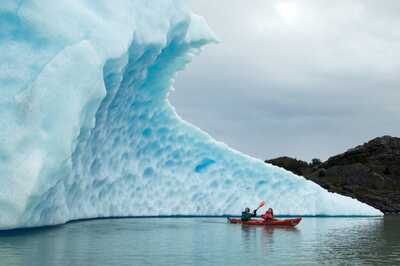 Hike and Sail to the Grey Glacier

Glowering icebergs rise up out of the southern ice fields that flank the Torres del Paine. Board a special boat and sail to the soaring wall of the Grey Glacier for unimaginable photo opportunities. Watch for condors as you picnic in scenes of pure tranquility. Strap on your hiking boots and hit the epic trails of the French Valley, delving deep into landscapes littered with glacial peaks that crash into pale blue lakes below.

Chile occupies a long strip of land in the south west of the South American continent. The country is shaped like a long and narrow ribbon and is the longest country in the planet; its coastline along the Pacific Ocean stretches for 4,300 km or 2,700 m. Chile’s total surface is 756,950 sq. km or 292,183 sq. m (excluding claims on Antarctica), with its territory twice as big as Japan or Germany. Chile borders Peru in the north, Bolivia in the north east, Argentina in the east, and the Pacific Ocean in the west and south sides.

The nation is occupied by more than 16.3 million inhabitants, of whom nearly 6 million live in Santiago. Chile also claims Easter Island, Robinson Crusoe Island, and a slice of Antarctica as part of its territory. Hanga Roa, the main city on Easter Island, lies about 2,350 miles (3,780 km) west of Santiago.

If you enjoy travelling by air, you will be happy to learn that traveling from northern Chile to the south via plane is actually quite easy. It also saves you time compared to traveling by car or bus. In order to reach isolated regions in Chile’s south, flying is often your only option. The drawback, however, is that flying isn’t cheap. You will also be charged a departure tax for domestic flights of between 6 USD and 8 USD. After Aerolineas del Sur filed for bankruptcy in 2008, Chile was left with two domestic airlines: Lan and Sky. Both offer a large network of routes, with Lan even offering flights to Easter Island. In addition, you can use smaller, regional airlines and air taxis to reach secluded islands like the Juan Fernández archipelago.

Entering Chile is a straightforward process for most tourists. For a stay of 90 days or less, visas are not required of tourists entering Chile from most countries in the Americas and Western Europe, regardless of whether they enter through the Santiago airport or arrive in Chile overland from a neighbouring country.

Singaporeans can visit Chile for up to 30 days without a visa. As immigration requirements can change at short notice, travellers are advised to check with their travel agent or the Embassy of Chile in Singapore for the latest information.

Visitors entering Chile may also bring in no more than 400 cigarettes, 500 grams of pipe tobacco, or 50 cigars, and 2.5 litres of alcoholic beverages per adult.

Do not bring in any fruit or produce into Chile. The Andes form an amazing natural barrier to pests and infections. Customs are very stringent about maintaining this barrier at the airports and will fine you if they find any fruit or fresh produce on your person. Either leave it on board the plane or you will see large apple shaped bins on arrival for disposal of fruit.

Northern Chile: A geological wonderland of geysers, hot springs, salt lakes, astounding desert formations and snow-tipped volcanoes, the oasis village of San Pedro de Atacama provides the perfect base for exploring this region. Situated in the dry, arid Atacama Desert, the average daytime temperature here is between 68°F and 77°F (20°C-25°C) – but be prepared for a maximum temperature of 32°C (90°F) that can plummet to -2°C (28°F) at night.

Central Chile: This region surrounding the capital city of Santiago enjoys a temperate, Mediterranean-type climate, with the amount of rain increasing considerably and progressively from north to south. In the Santiago area itself, you’ll find an average monthly temperature of 30°C (86°F) in the January-February summer months, and 15°C (59°C) in the June-July winter, though night-time temps drop to near zero. So, don’t rule out skiing; in fact, several world-class resorts have existed outside of the capital for over 80 years.

Southern Chile Lakes District: The clear blue or even turquoise waters of the lakes of the “Zona Sur” are remarkably beautiful, especially with the snow-covered Andes forming a backdrop. In fact, this region possesses more lakes than any other region of the country. Though enjoying a Mediterranean climate, Southern Chile is cooler and wetter than Santiago and the Central Region to its north.

Chilean Patagonia: Pounding westerly winds, spectacular seascapes and the ragged but inspiring spires of Torres del Paine – this is the distilled essence of Patagonia. A region of famed natural beauty, the “Zona Austral” is best visited from November to early March (summertime in the southern hemisphere), when the daily high temperatures reach the 50s. But no matter when you visit, remember to dress in layers and pack a sturdy windbreaker to shield yourself from Patagonia’s chilly year-round winds.

Easter Island: A five-hour flight off the Chilean coastline lies the remote Easter Island, one of the few places in Chile where you’ll find the combination sun, sea, sand and palm trees. Though the biggest draw for travellers here are the mysterious moai statues that scatter along the coastline. Easter Island enjoys a humid, subtropical maritime climate and you can head to here any time of year.