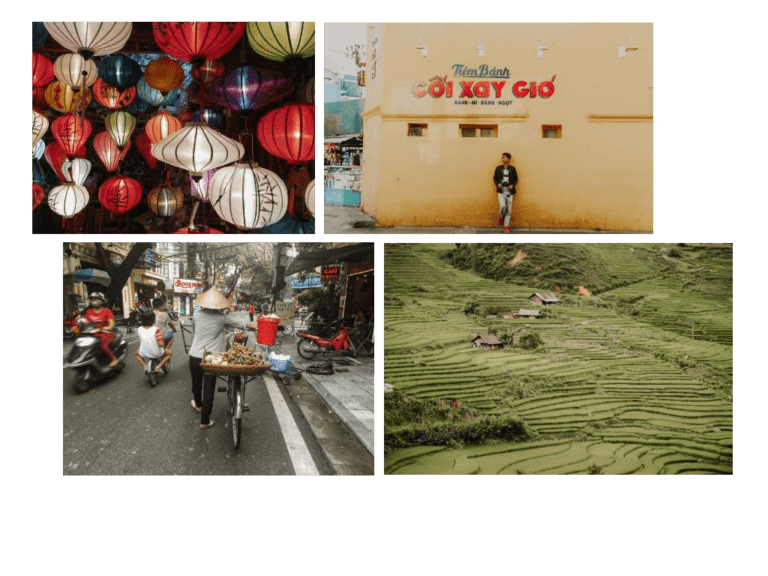 Flights of fantasy in the Land of the Ascending Dragon…

Once mired in the legacy of colonisation and rebellion, Vietnam has since emerged as an independent economic powerhouse of Southeast Asia. The country’s impervious resilience unites its vibrant urban hubs and remote villages as intricately as the silk threads of an elegant áo dài.

No region of this dragon-shaped country is identical. From the northern verdant terraced mountains of Sapa to the southern dense tropical bamboo forests of the Mekong Delta, Vietnam seemingly holds a thousand worlds. Witness how ethnic groups maintain their traditions and agrarian practices, untouched by modernisation.

Still, the exhilarating round-the-clock energy of Vietnam’s major cities is not to be missed. A blend of Confucian and French colonial architectural styles provide a striking backdrop to the phalanxes of motorbikes speeding by. Almost every city block abounds in historical cultural significance, informing travellers about Vietnam’s complex past. As you meander through winding streets, aromatic wafts will beckon you to pull up a plastic stool, join the locals, and chow down the house special.

With its impressive natural serenity and exciting urban bustle, Vietnam captivates all visitors. Like their national flower, the lotus, Vietnamese culture flourishes in all corners of the country. Its beauty and eccentric charm will be forever etched in your mind.

A Journey to Hanoi

“Planning a holiday has never been so easy and enjoyable! We picked a place, in this case, Hanoi, and BSE curated a beautiful itinerary from start to finish, taking into account what we wanted to see, experience and enjoy and it was completely hassle-free. Never have we felt so pampered!
Thank you for the memories!” 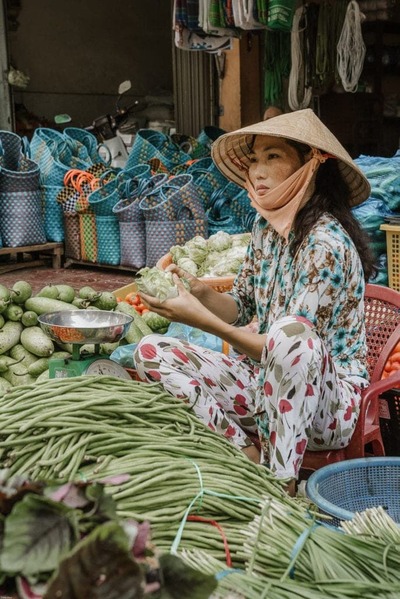 From sipping strong cà phê sữa đá (iced coffee) to park group exercises, join the quotidian rituals of urban Vietnam. Our dedicated guides will bring you to pagodas, palaces, and other important sites of history. Stroll through the winding city alleyways, exploring cavernous local markets and testing out your haggling skills. You’ll surely notice, no matter where you go, the cheerful smiles and hospitality of your new-found neighbours. 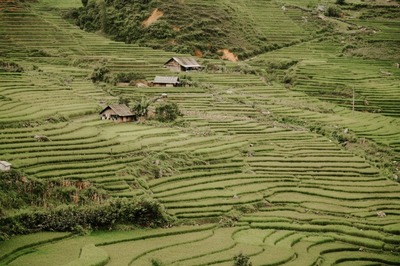 Partake in hill tribe traditions in the heights of Sapa

With its pine forested mountains and valleys, Sapa has been a cultivation haven for several ethnic groups for hundreds of years. Seemingly endless terraced farms will fill your view as you road trip and trek towards the formidable Fansipan Mountain. Watch the H’mong people skilfully weave clothing from indigo-dyed hemp and marvel at the impeccable embroidery of the Red Dao women. Perhaps you’ll even take a dip in an alpine spring before heading back down. 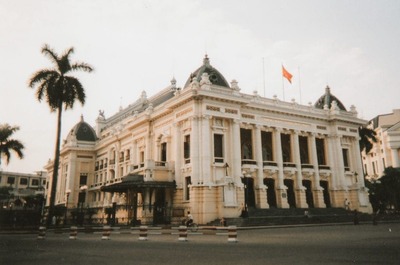 Uncover the complexities of Vietnam’s violent past

It is impossible to ignore how war has shaped Vietnam. As you visit sites like the Viet Cong’s Cu Chi Tunnels; the B-52 bomber in Huu Tiep pond; and Hoa Lo Prison Museum, observe how conflict and survival are now embedded in the national consciousness. A meeting with historian Tim Doling will supplement your new knowledge with his expertise on harnessing this cultural past for a brighter future. 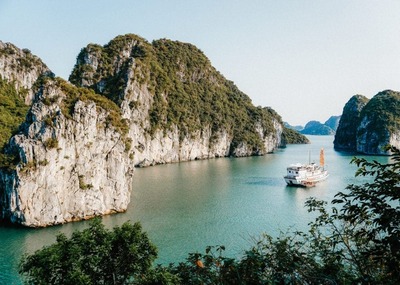 Marvel at the secret beauty of Ha Long Bay and beyond

Ha Long Bay’s towering, rocky karst cliffs transport you to another universe. Shrouded in dense jungle growth, this UNESCO World Heritage Site bears isles of cavernous caves and turquoise lagoons. Sail through floating golden rice fields as you head up to the ethereal Ha Long Bay inland in Trang An at Ninh Binh. Like emperors of Dinh and Le dynasty, lunch in this ancient capital surrounded by jade-coloured grottoes and emerald rivers. 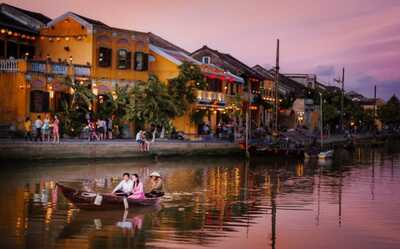 Glide upon the ebbs and flow of river culture

Rivers stretch throughout Vietnam like veins, connecting and overflowing with life. Embark on a river cruise in Hoi An or Ho Chi Minh to understand the communities along the currents. From jostling fishing villages to an assortment of cottage industries, locals thrive in tandem with the tropical cornucopia of an environment. As you snack on succulent rambutan, juicy river prawns, and local honey tea, take in the vivid green hues both around and reflected in the waters. Photo Credit - La Palanche 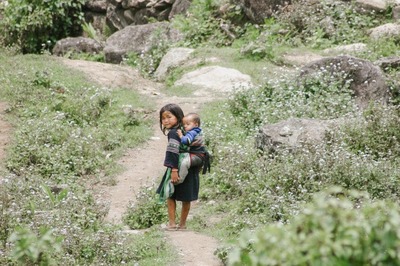 Be rejuvenated by the lush greenery and countryside comforts

Encounter the joys of slow living as you cycle past endless blankets of rice paddies and sleepy towns. The stunning flora and fauna of Bach Ma National National Park are the perfect respite from a busy city. Whether you take part preparing lunch with local Ky Son villagers or meeting local entrepreneurial families living in outer Hoi An, learn about the quaint, unspoilt beauty of countryside culture. 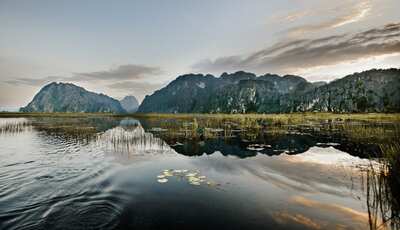 Abounding in ecological wonders, Ninh Binh is a treasure trove of scintillating magical caves. Beginning with a hearty morning hike up the “miniature Great Wall”, savour the breathtaking views from Mua Cave’s rugged limestone mountains. After a mouth-watering meal of local specialities, relax on a boat ride through Thien Ha Cave. The sunbeams that stream through illuminate stalagmites and glisten stalactites, casting a Milky Way upon the silver shimmering waters. 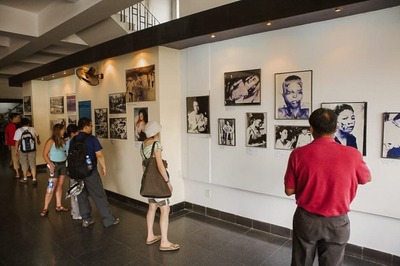 The untethered energy of Vietnam naturally attracts the most industrious inspiring minds. Take a break from sight-seeing to share a cup of coffee with world-class photojournalists, eco-entrepreneurs, multi-talented art insiders, and even an ex-Viet Cong fighter jet pilot. You’ll gain intimate insight directly from those championing Vietnamese ingenuity. Their galleries and cafes not only are fountains of creativity, but also safeguards for an alternative and often overlooked side of Vietnam.

Located in the southeastern extremity of the Indochinese peninsula, spread over an area of about 331,210 km2, Vietnam shares a border with the Gulf of Tonkin, Gulf of Thailand and the South China Sea alongside China, Laos and Cambodia. What makes Vietnam’s geography really remarkable is its S-shaped coastline that runs for as long as 3,260 km.

The geography of Vietnam can be divided into four sections that range from rugged mountains to marshy fertile flatlands. Towards the south you’ll find the Gulf of Thailand, while towards the east and southeast there is the Red River Delta. Vietnam shares its northern border with China, where mountains extend up to 3,143m at Fansipan, also known as the highest peak in Vietnam.

Tropical lowlands, hills, densely forested highlands and deltas are some of the major geographical features of Vietnam. The Red River Delta is a triangular region covering 3,000 km2 and is more densely populated than the Mekong River Delta. Owing to its low level, which is just 3 km above sea level, the entire delta region is often subject to flooding.

Vietnam is spread over an area of approximately 331,210 km2 in the southeastern edge of the Indochinese peninsula and comprises a unique S-shaped coastline that runs for 3,260 km.

March – May: Hot and dry

In the central regions, the Hai Van pass separates two different weather patterns of the north starting in Lang Co, which is hotter in summer and cooler in winter, and from the milder conditions south starting in Da Nang.

The north has four distinct seasons with a comparatively chilly winter (temperatures can dip below 15°C/59°F in Hanoi), hot and wet summers, and pleasant spring (March-April) and autumn (October-December) seasons. However in the Highlands, both extremes are amplified, with occasional snow in the winter and temperatures hitting 40°C (104°F) in the summer

Vietnam’s days as a pariah state cut off from the rest of the world are long gone. Today the country boasts numerous land crossings with all of its neighbours and international flight connections to Australia, Cambodia, China, France, Germany, Hong Kong, Laos, Malaysia, Russia, Singapore, South Korea, Taiwan, Thailand and the USA (among others). You can also enter by boat from Cambodia and by train from China.

‍Vietnam Airlines is Vietnam’s national carrier. It has a comprehensive domestic network and a growing international one. Jetstar is the second domestic carrier with a more limited network.

‍The current rate of exchange versus the US Dollar is approximately US$1 to 21,000 VND. Money can be exchanged at the airport, banks and official exchange centres in Vietnam. We strongly advise against exchanging money on the black market.

‍Direct payment of cash is most common in Vietnam. Small shops, restaurants and markets usually do not accept any other payment. Credit cards of the major credit card companies (such as Visa, Mastercard and sometimes American Express) are increasingly being used, especially in big cities and tourist places; but mainly in restaurants, hotels or big shopping malls and always with a transactional fee (3-5%). Traveller’s checks are an easy method of carrying money around, and can be cashed at major banks (but not at small banks in small towns).

‍You can withdraw money at ATMs (mostly in cities) in Vietnam and over-the-counter at most banks. Most banks offer this service and the registration for an account is simple and fast. All ATMs are locally interconnected.

‍Banking hours may differ from bank to bank. Generally, banks are open from Monday to Friday: 8am – 11.30am and 1pm – 4pm. Some large banks also open through lunch or on Saturday mornings. Banks are closed on public holidays.

What is a Visa on Arrival?

‍This is most likely the easiest way to obtain your visa without having to chase down embassies, consulates and the like prior to your trip. The entry Vietnam visa will be stamped on your passport at the Visa on Arrival Desk at the International Airport in Vietnam. After this, you can pass through the Immigration checkpoint. With this type of visa, you only can enter the country by air. This service is available for both tourism and business purposes.

‍How to get a Visa on Arrival?

‍We can help you get a Visa on Arrival Approval letter from the Vietnam Immigration Department. After obtaining the approval letter, we will forward you a copy by email. Copies of the same document will be forwarded on your behalf to the Vietnam Immigration checkpoints (International Airports only).Upon your arrival in Vietnam, the Immigration officers will have those documents on hand and will be able to issue your entry visa at once. Please remember to bring at least 2 photos of passport regulation size (2in x 2in or 4cm x 6cm) and cash (US dollars) for the stamping fees.

We advise you to visit your doctor at least a month prior to departure to discuss vaccinations for the following: polio, tetanus, yellow fever, typhoid and Japanese encephalitis.