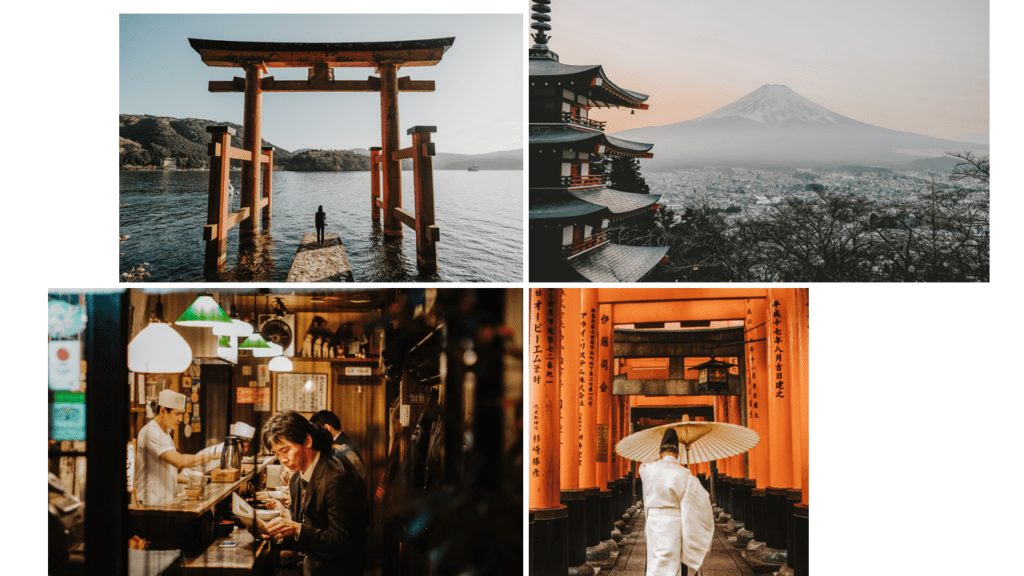 A colourful prism of mysteries and delights…

A country of delightful contradictions, Japan has one foot in the future and one rooted in the past. Shimmering cities burn bright with neon lights while the countryside hides samurai sword makers, ornate temples and pilgrim paths. Japan is also an assault on our senses, thanks to sumptuous sushi, the shrill soundtrack of pachinko parlours, the steamy welcome of soft-water onsens, the bitter taste of matcha… and the list goes on.

The capital of Tokyo is an electric experience — a city as sprawling, strange and playful as the mind can conjure. From the cat cafes to the wild energy of the Tsukiji Fish Market; the crooning karaoke bars of Shinjuku, and the glut of glorious architecture, every street has a tale to tell. There’s also the beautiful art-filled islands, like Naoshima, which has long been a place of intrigue and wonder to the cognoscenti who prefer to divert off the popular path. Come ski season, the northern areas like Hokkaido offer visitors some of the best terrain for skiing and spectacular winter wonderlands.

Out in the countryside is a whole other world. A Zen haiku of ancient craft, honourable traditions and serene scenes straight out of a watercolour painting. So whether you want to hike ancient trails, head into the hills, or indulge in arts and craft, Japan is an encyclopaedia of immersive, unforgettable experiences. 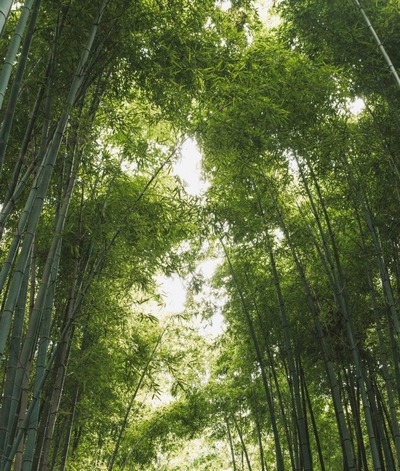 Fresh, green and punctuated with ancient temples and winding pathways, Japan’s trekking routes are full of splendour. Pad through silent forests and see the tub boats on the blue waters of Sado Island. Sleep in traditional inns, sip sake, and trace historical haiku pathways that follow the lineage of the Edo way. Find new meaning as you trace the steps of journeys that were once exclusively for emperors and the samurai. When you near the end of your epic adventures, pass deep cut mountain trails before soaking in serenity in steamy onsens. 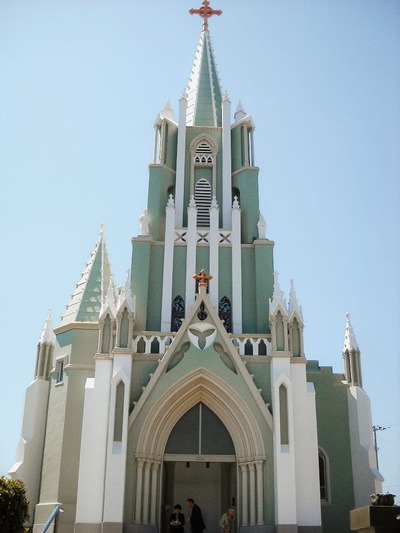 Japan has long been celebrated for its spiritual nature but a few chapters of its history remain unread. This journey invites you to plunge into the untold tales of the mystical land. From the quaint churches of Hirado, to the beautiful basilicas of Nagasaki, get a rare opportunity to delve deep into the lesser known stories of Japan’s hidden Christians and the tragic destruction of Catholicism during the Second World War. For history lovers, this is a fascinating look through the lens. 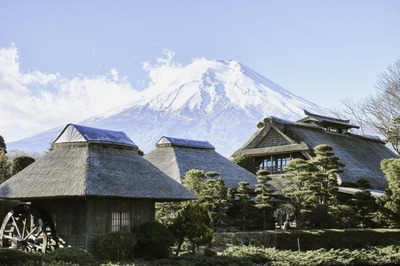 The snowcapped icon of Mount Fuji has long inspired poets, painters and luminaires. But further down, one can discover landscapes of low-slung lakes, serene mountain sights and spring water ponds as you cycle the Yamanashi countryside. Whether beneath the pink blur of cherry blossoms or stashed in the seasonal fall foliage, let your private guide whisk you through the Fuji Five Lakes and the Kofu Valley Basin — all under the halo of Japan’s most sacred mountain. 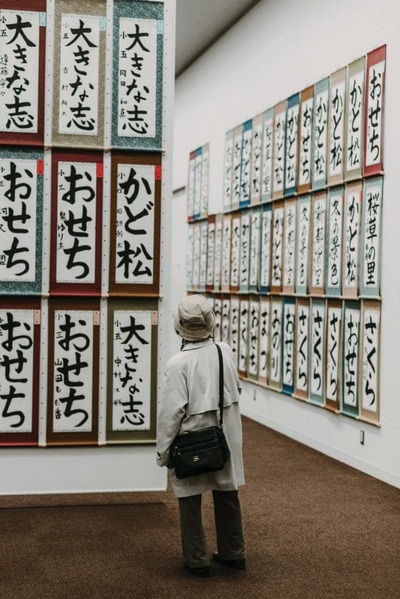 Turn the Page on Storybook Japan

Tumble back in time as you take the famous Gokaidō routes that once united Japan way back in the Edo period. These legendary roads are immersed in myths, magic and storybook pleasures — from the snow monkeys steaming in the Yudanaka Hot Springs, to the dreamy merchant homes hemmed in beneath towering mountains in Shirakawa-go. Fall in love with Japan’s ornate Himeji Castle and tiptoe through the geisha quarters of elegant Kyoto on this rare and refined cultural journey. 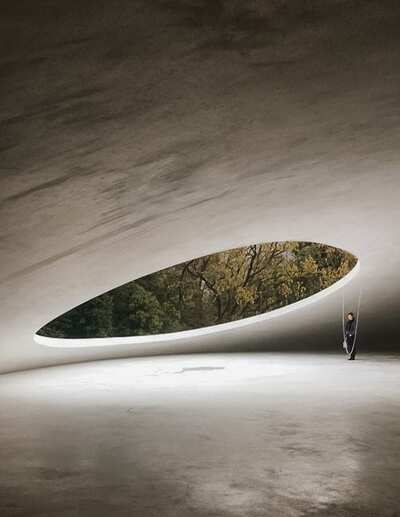 Stashed among the thousands of uninhabited islands of the Seto Inland Sea, or Setonaikai, you will find three surreal smidges of land scattered with awe-inspiring installations, fascinating museums, art houses and private collections. Naoshima, Teshima and Inujima should be high on the list for any creative connoisseur. This experience will gift you the chance to admire artistic visions from the likes of David Hockney and Gerhard Richter — all set against a majestic backdrop of sand, forest and sea. 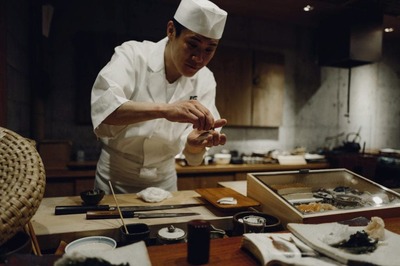 Stare in awe at the blitz that is the tuna auctions at Tokyo’s famously pungent fish markets. Learn the art of sushi making with a third-generation chef in a private masterclass. Taste and talk your way through Japan’s sacred sake scene in the country’s best underground breweries. Sip elegant and gentle green tea in the hidden tea houses of the shaded Ureshino Forest. All in all — Japan serves up a Zen-like balancing act for stepping up your sensory experiences. 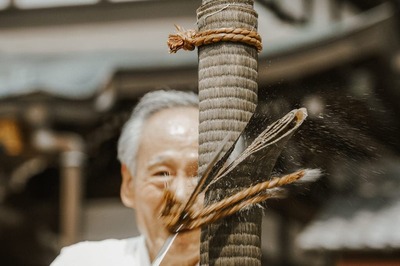 From singing swords to pottery, Japan is a land of heart and heritage. Lap up rich folklore as you listen to stories from traditional swordsmiths and learn all about the art of the samurai way. From the hilt wrapper to the scabbard maker, everyone has a part to play in the crafting of Japanese steel. Visit rare museums, admire private art collections and explore the endless ceramic boutiques that line the cobbled streets of old Arita. 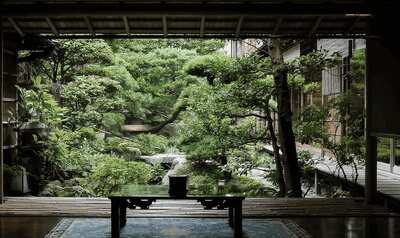 Get a glimpse of the softer side of Japan as you visit remote rural towns and make connections with the locals. Discover forgotten lands as you stay awhile in the sword-making homeland of Seki. Fall in love with the bubbling hot spring waters of Ureshino and delight in the charming ryokans around every corner. Meet pottery makers, local bakers, sword crafters and a whole host of characters when you embark on this under-the-skin adventure.

Some 160 km (100 miles) of sea partition the Japanese archipelago from the Asian mainland. Japan comprises four main islands: Honshu, Hokkaido, Kyushu and Shikoku. Many of the country’s larger cities are located on the coastline and more than half of the country is shrouded by forests and mountain ranges. Consequently, coastal areas have extremely high population densities.  Japan has a predominantly temperate climate that varies from north to south of the country.

Lima is the capital and the largest city of Peru.

The official currency of Japan is the yen. The larger denominations come in bills whereas the smaller denominations come in coins of varying sizes. You can exchange your home currency (eg. Singapore Dollar, US Dollar) at a money changer or bank in your native country, or in Japan itself. ATMs in Japan do not accept foreign-issued or international debit, credit or ATM cards.

Singaporean visitors can catch a direct flight to Tokyo operated by Singapore Airlines.

Singapore citizens traveling to Japan for a short-term stay of 90 days or less need not apply for a temporary tourist visa. Visas are necessary for stays of more than 90 days, as well as for paid activities in Japan. For the latest updates on visas for Japan, please look here.

You must declare imported goods to the Director-General of Customs and obtain an import permit after examination of the relevant goods. Lodge an import declaration and issue an import permit after the necessary scrutiny, as well as payment of customs duties and taxes. Hazardous materials, plants, perishables, animals and high-value articles need a Japanese import license. Any documents required as proof of compliant with the appropriate Japanese import laws have to be shown at the time of import. For the latest updates, please check here.

Spring, from March to May, is the most popular and busiest time to visit Japan. Temperatures are warm but not too hot, and there isn’t too much rain. The famous cherry blossoms bloom during this time and there are plenty of festivals to enjoy.

Winter, from December to February, is also a popular time for tourists because of lower temperatures coupled with mild rainfall. The temperatures drop as you move north, as the central and northern regions will have snowfall. Southern Japan is relatively temperate and experiences a mild winter.

Summer begins in June and the country experiences a three- to four-week rainy season during which the farmers plant their rice. It is hot and humid during this time and temperatures are often in the high 30s. Summer wraps up in August.

Autumn is from September to November, and is characterised by light breezes and cooler temperatures of around 8-10°C. It’s during autumn that many exhibitions, music concerts and sports tournaments are held in Japan.The rainy season happens from early May in Okinawa, and the rain front goes up north until it reaches Hokkaido in late July.