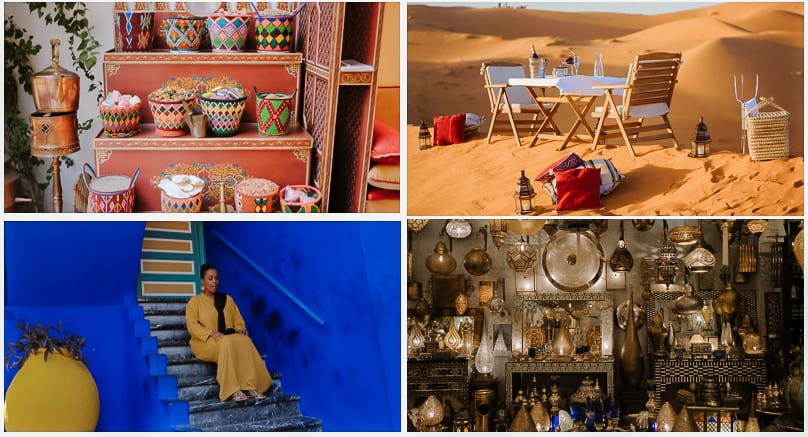 A paint box of pure colour stashed behind enchanted walls…

Spice-laden souks, dreamy desert landscapes, snow-capped peaks, and the salt-whipped splendor of the Atlantic Coast – Morocco is a gift box of riches. This is where the shores of Europe end, at the gateway to the sun-scorched lands of Africa, where dazzling diversity converges on ancient Arabic and Berber bright shores. Forever a fable of romance, artistic brilliance, and with more than a pinch of cloaked mystery, Morocco has a city to match every kind of mood.Marrakech possesses maze-like medinas, snake charmers, and soul; whereas Casablanca is the embodiment of chic cafe culture and glorious architecture. From secret riad stays to saffron-smoked cooking classes, steamy hammams, and the hundred hidden faces of Fez, Morocco’s regal cities are pure enchantment. Beyond the robust city walls, the countryside cracks open to reveal ridges hiding old-world Berber villages, ripe botanical gardens, sprawling vineyards, and the eerily beautiful call to prayer echoing across the Atlas Mountains.Further south, you hit the sweeping sands of the Sahara; where camels snort beneath a sweltering sun and the nights are heavy with the hanging beauty of the milky way. There is no doubt about it – Morocco is pure majesty.

Discover Morocco from our experience makers and fellow escapists

Breaking Bread With a Berber Family

Venture out and trek along any one of the myriad of hiking paths and trails that wind up through the Atlas Mountains to visit a Berber family. Guarding traditions that have remained intact for over hundreds of years, soak up the ambience and warmth in these traditional homes as you learn about the customs and culture. With food being such a pillar of Moroccan life, try your hand at cooking tagine and brewing mint tea. Next, sample homemade bread while a translator speaks to and for you with a “dada” (or expert cook) to bake Moroccan cookies bursting with almond paste. By the end, you get your dinner — and a wholehearted adventure to return home with.

Arts and Crafts in Fez

When in Fez, pick up new craft skills from a master brass-smith and bookbinder who hails from a family of artisans. Learn how to piece together your very own Moroccan journal, including the how to’s of chiselling and leather stamping. “Sharing this timeless art has become my passion,” he says. And who knows? It might even become yours. 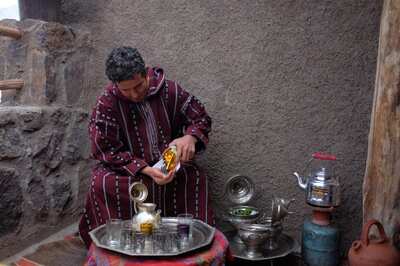 Explore a 16th century pottery village and fire up your own creation. Let a henna artist guide you in the ancient art of painting the sacred substance into patterns on the skin to ward off the evil eye. Break bread with a Berber family deep in the heights of the Atlas Mountains where tradition is brewed with heady mint tea. Take a backstreet tour of Fez, beyond the souks where artisans stamp soft leather in secret workshops. 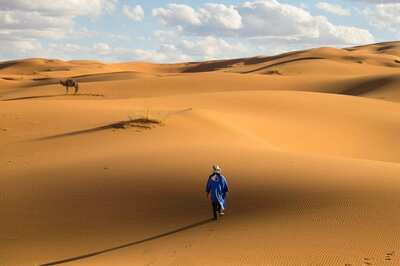 Head deep into the Merzouga desert – where jewel-like skies glitter overhead in this prime spot for pristine stargazing. During the day, climb into your sidecar for a tailored expedition navigating the rise and fall of this fiery landscape. Follow the swinging 60s path that tempted Yves Saint Laurent to the city as you admire the sites that forged the designer’s connection with chic Marrakech. 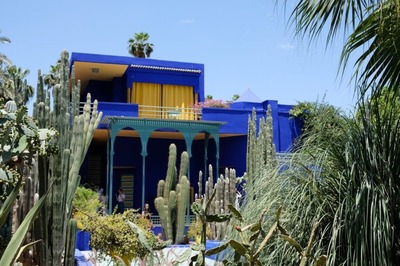 One of Marrakech’s most elegant escapes- the Jardin Majorelle was lovingly designed by painter Jacques Majorelle – follow paths in this brightly-painted estate that take you beneath blooming trees, trilling songbirds, and singing pools. Visit the Palace of Chilean artist Claudio Bravo where citrus colors dance dreamily on the shores of Tangier. Come with us to the secret riad designed by artist Kris Ruhs (closed to the public) – you are invited to an insider experience adorned with rose gardens and fountains, tailored courtyards, and flickering fireplaces. 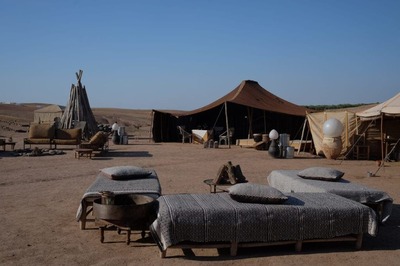 Fall asleep in Berber bliss beneath a billion stars at a lavish camp in the rocky desert of Agafay. Witness the artistic wonder of a Fantasia show and savor wide-eyed moments of belly dancers, Bedouin tents, and tales of the ancient trade route. Swap the camel’s back for a cruise across the desert in a sidecar, taking a lesser-known route that cuts through sleepy Berber villages boasting pristine panoramas of the snow-capped Atlas. 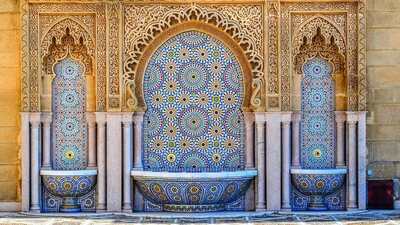 For centuries, Morocco has been a playground for bohemians and blazing intellectuals. Visit the world’s oldest university where a master calligrapher, celebrity architect and Sufi storyteller await. The Sufi brotherhood is kept alive by mystics well-versed in ancestral skills. Witness their dervish shows – a spectacle only few are privy to. Unravel the red city as you visit iconic landmarks with a world-class architect, and mix your own elixir with a master perfumer in the fragrant Benchaabane palace. 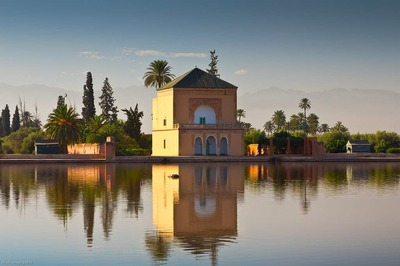 Delve deep into Marrakech’s mysterious relationship with water. Stroll in the magical Menara Gardens, where the sprawling olive groves are fed from the ingenious underground channels. Duck into the stunning Yves Saint Laurent Museum with a personal curator, and discover how Morocco inspired the famed French legend. Immerse yourself in an experience for the fashion elite champagne cocktails and dinner on the terrace with spellbinding scenes, to the stirring sounds of a live Andalusian band. 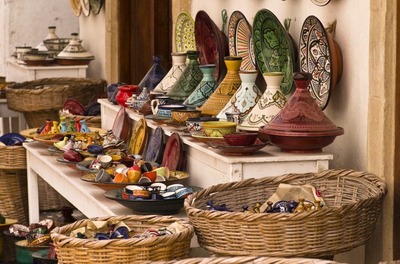 Visit the Royal Mansour where a two-million-dollar wine cellar awaits, ripe with gems from Morocco’s diverse terroirs and award-winning vines. Indulge yourself at the triple Michelin-starred restaurant of Yannick Alleno. Weave along the Wine Roads of Rabat to salt-whipped Essaouira for an indulgent wine and chocolate tasting experience, or take a cooking class with a dada in old-world Fez. 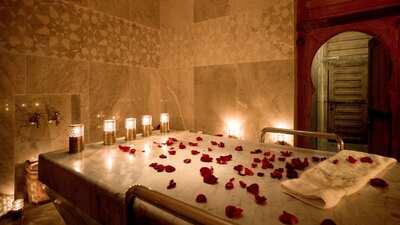 Slip away in the warm haze of Morocco’s traditional Hammam experience. In the heart of the ancient Berber spa, embrace healing rituals of soft singing water, thick billowing steam, and the power of plant properties. Partake in ancestral gestures of preparing perfume, unravel Fatna’s rare rituals curated from the wild thyme, black henna, and prickly pear from the mountains, sip mint tea beside the fire after soothing massages, and dine on fresh delights after strolling the rose- tangled gardens. 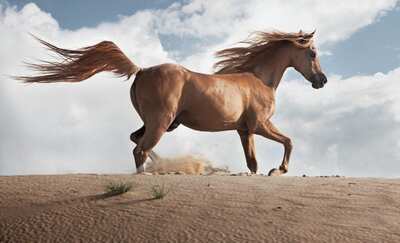 Arabian horses are the champagne of the equestrian world and have shaped tales of the Middle East for almost five thousand years. Laze over lunch on the glittering green of Jacques Garcia while enjoying a private performance of Arabian Thoroughbreds by their handlers. Witness local efforts to help the working animals of Morocco and the families who depend on their labour with a tour of the sanctuary at Fez’s American Fondouk.

Morocco is geographically located in Northern Africa along the Atlantic Ocean and the Mediterranean Sea. The topography of Morocco varies as its northern coast and interior regions are mountainous, while its coast features fertile plains where much of the country’s agriculture takes place. The highest point in Morocco is Jebel Toubkal, which rises to 13,665 feet (4,165 m), while its lowest point is Sebkha Tah at -193 feet (-59 m) below sea level.

Winter (December to February) has plenty of blue skies but can be extremely chilly at night. Riad rates go up between 20 December and 6 January.

Spring (March to May) is a great time for medina escapades with temperatures hovering around 30°C. Try to avoid Easter holidays when prices jump.

Summer (June to August) brings scorching heat along with the Festival of Popular Arts.

Autumn (September to November) is ideal for non-sweaty souq exploring and sightseeing. Remember your umbrella in November, Marrakesh’s wettest month.

Morocco has several international airports, including gateways in Agadir, Casablanca, Marrakesh, and Tangier. Of these, the busiest airports are the Mohammed V International Airport (CMN) in Casablanca, which handles most of the country’s long-distance flights; and the Marrakesh Menara Airport (RAK), a popular choice for airlines arriving from Europe. Morocco’s flag carrier, Royal Air Maroc, is currently the only airline offering direct flights from the United States.

For our Singapore visitors, Emirates flies from Singapore to Casablanca thrice daily (with a stopover in Dubai). The flight is about 15 hours in total (excl. stopovers).

Most travellers who want to visit Morocco can do so without applying for a visa if your trip will not exceed three months. However, is it essential that all travellers arrive with a passport that is valid for at least six months from the time you enter Morocco.

Singaporeans can visit Morocco for up to 30 days without a visa. As immigration requirements can change at short notice, travellers are advised to check with their travel agent or the Honorary Consulate of Morocco in Singapore for the latest information.

All visitors to Morocco may bring in, free of duty, the following: (1) tobacco (200 cigarettes/100 cigarillos/25 cigars), (2) 1 liter of alcohol, (3) 150ml of perfume/250ml of eau de toilette, (4) 2,000dh worth of gifts, (5) personal electrical and photographic goods, musical instruments, and nonmotorized sports equipment.

Visitors are allowed to travel out of Morocco with locally made crafts and souvenirs, including a reasonable number (not in the dozens) of fossilized, ornamental, and semiprecious stones. Objets d’art and antiques theoretically require signed authorization from the Ministry of Culture, though this is only required for expensive or large items, and will be taken care of if purchased from any reputable shop owner.

‍Note: It is forbidden to import/export the national currency, the Moroccan dirham.