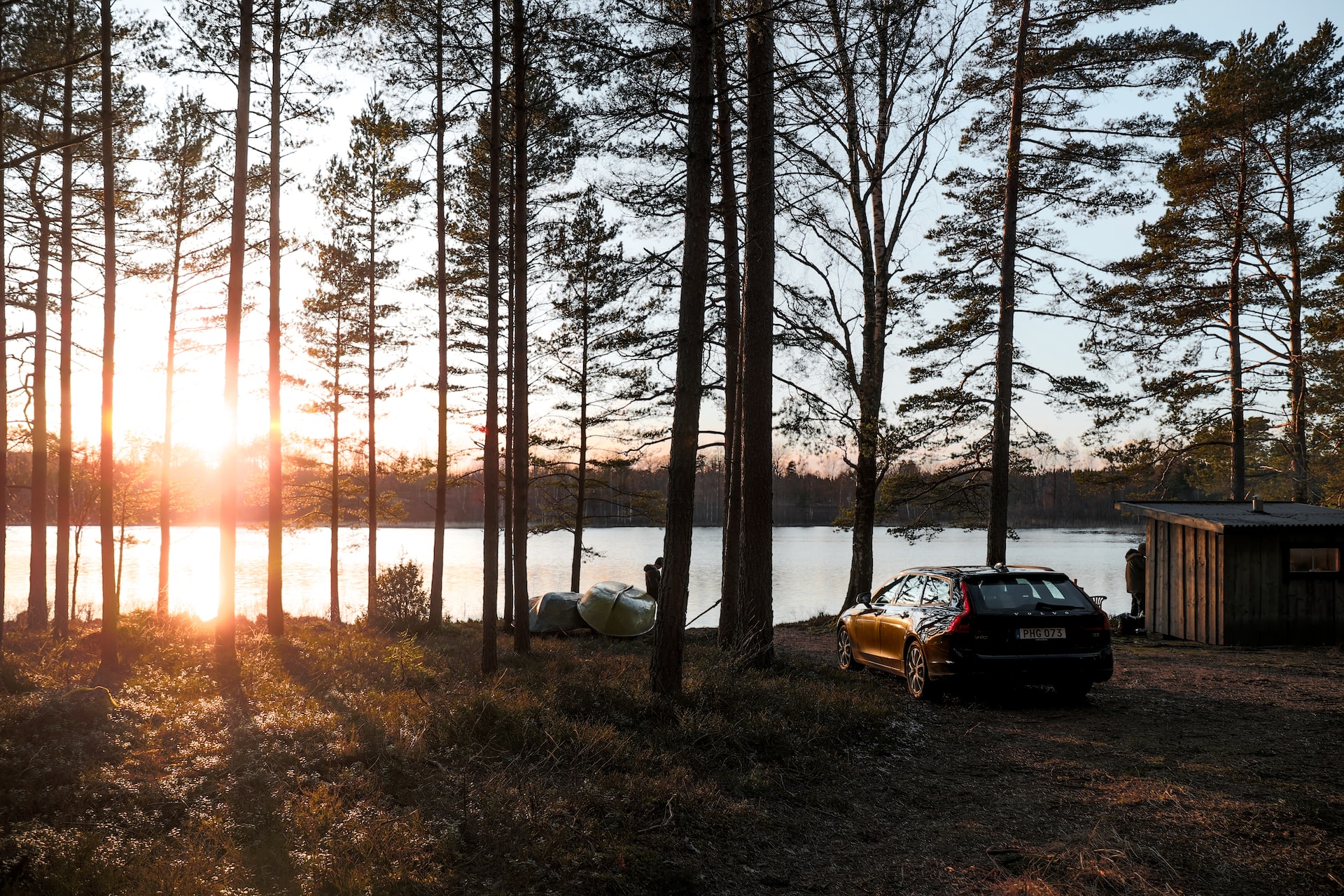 Matchless style, immaculate landscapes and aurora borealis – the ‘dawn of the north’

A cultural hub sparking regional envy, Sweden’s exports are familiar and beloved worldwide, from IKEA to Volvo, Spotify to H&M, Alfred Nobel to ABBA. The beating heart of its highly productive world of arts is the island-set capital of Stockholm – ‘the city between the bridges’, stacked with trend-setting venues to indulge in “fika”, communal coffee.

While international exports get much of the limelight, Sweden’s natural wonders are the country’s true pearls, from the ocean-like lakes and wetlands of the south to the white sandy beaches of the Baltic Sea coast. True adventures await in the wilds of Lapland in the more mountainous north, still home to Sweden’s indigenous Sami, their husky-drawn sleds and their roaming herds of magnificent reindeer.

A Swedish Sojourn: From Stockholm to the Arctic Circle 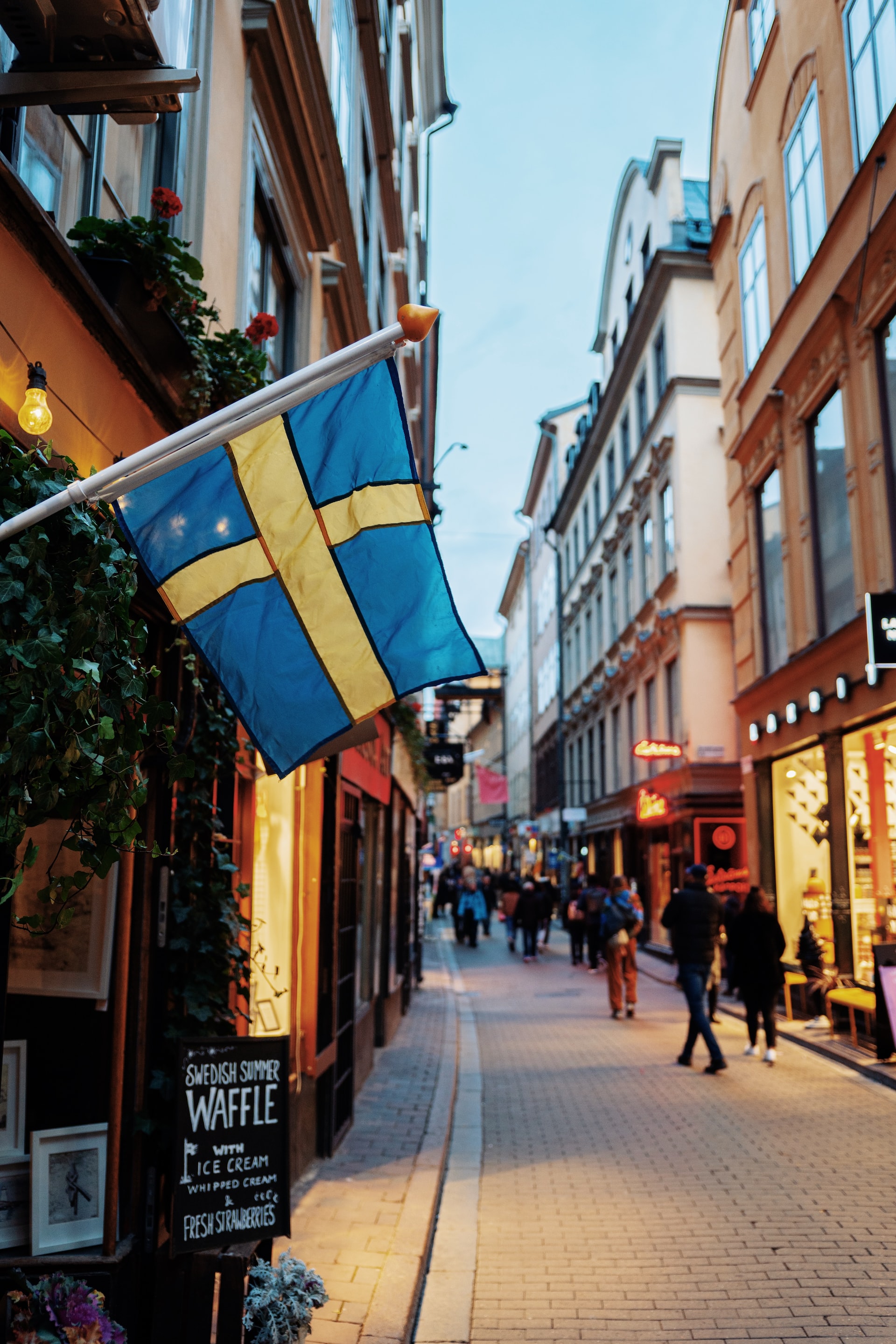 Delve into the cobblestone streets of the “Original” Stockholm

Explore Sweden’s capital city on a walking tour, winding through the alleys of the Old Town: Gamla Stan. Be amazed by the well-preserved 16th-century buildings and the fabulous 18th-century Royal Palace. Pay a visit to the Nobel Museum, the Swedish Academy and the cavernous cathedral, Storkyrkan, matron of Stockholm’s churches. 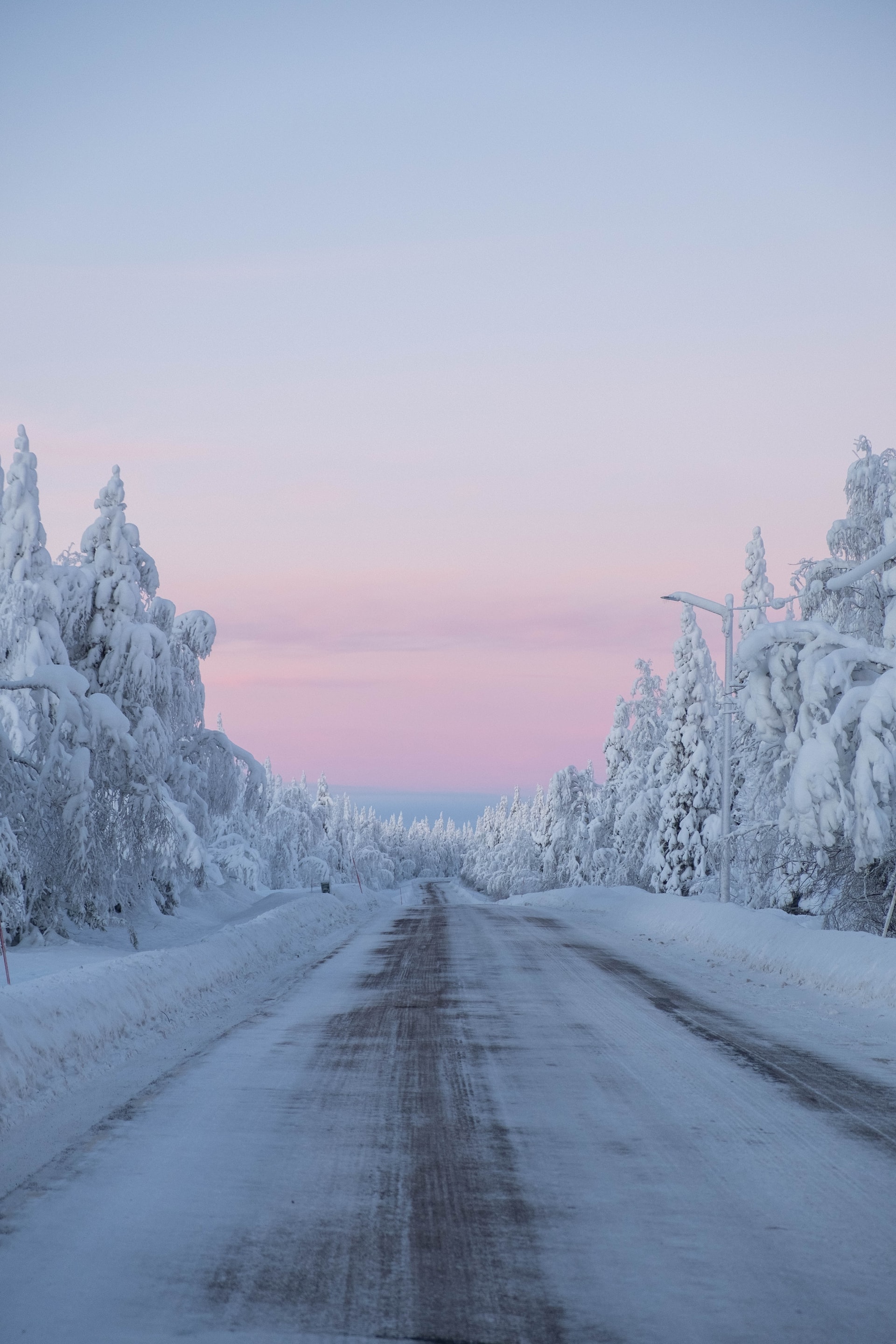 Be whisked through a winter wonderland

Set out on a surreal adventure through Sweden’s wild and lovely winter landscapes, gliding over snow-covered meadows, deep forest paths and frozen lakes. Feel the powerful pull of a snowmobile or the tug of pack of well-trained huskies on a dog sled safari. 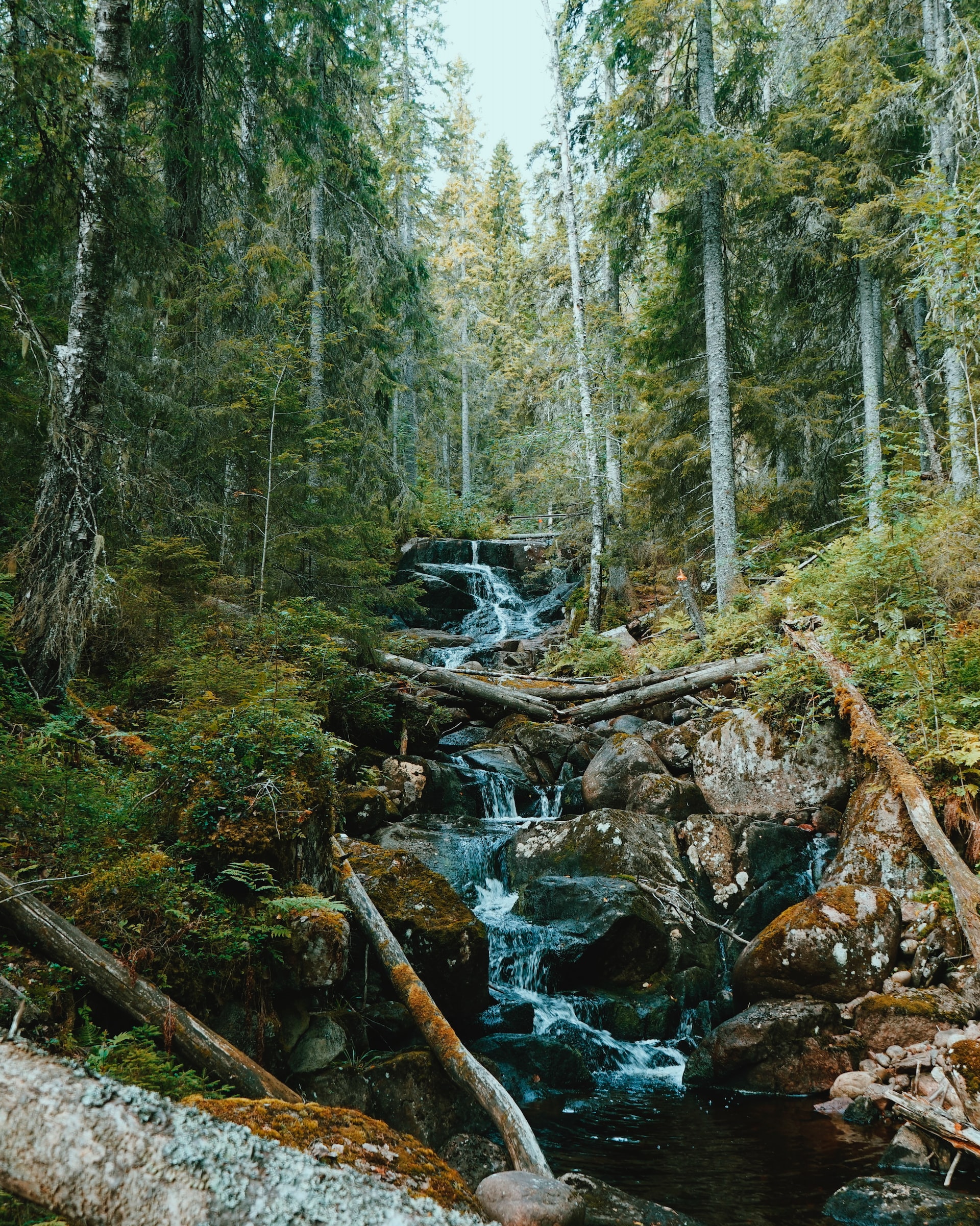 Forage in a Swedish forest

Join an expert guide on a jauntthrough nature to harvest the bounty at the base of birches and pines. Fill a basket with berries and herbs while learning of Arctic culture and tasting a whole palette of flavours. On your return you’ll be rewarded for the hike with “fika” – communal coffee and tasty snack. 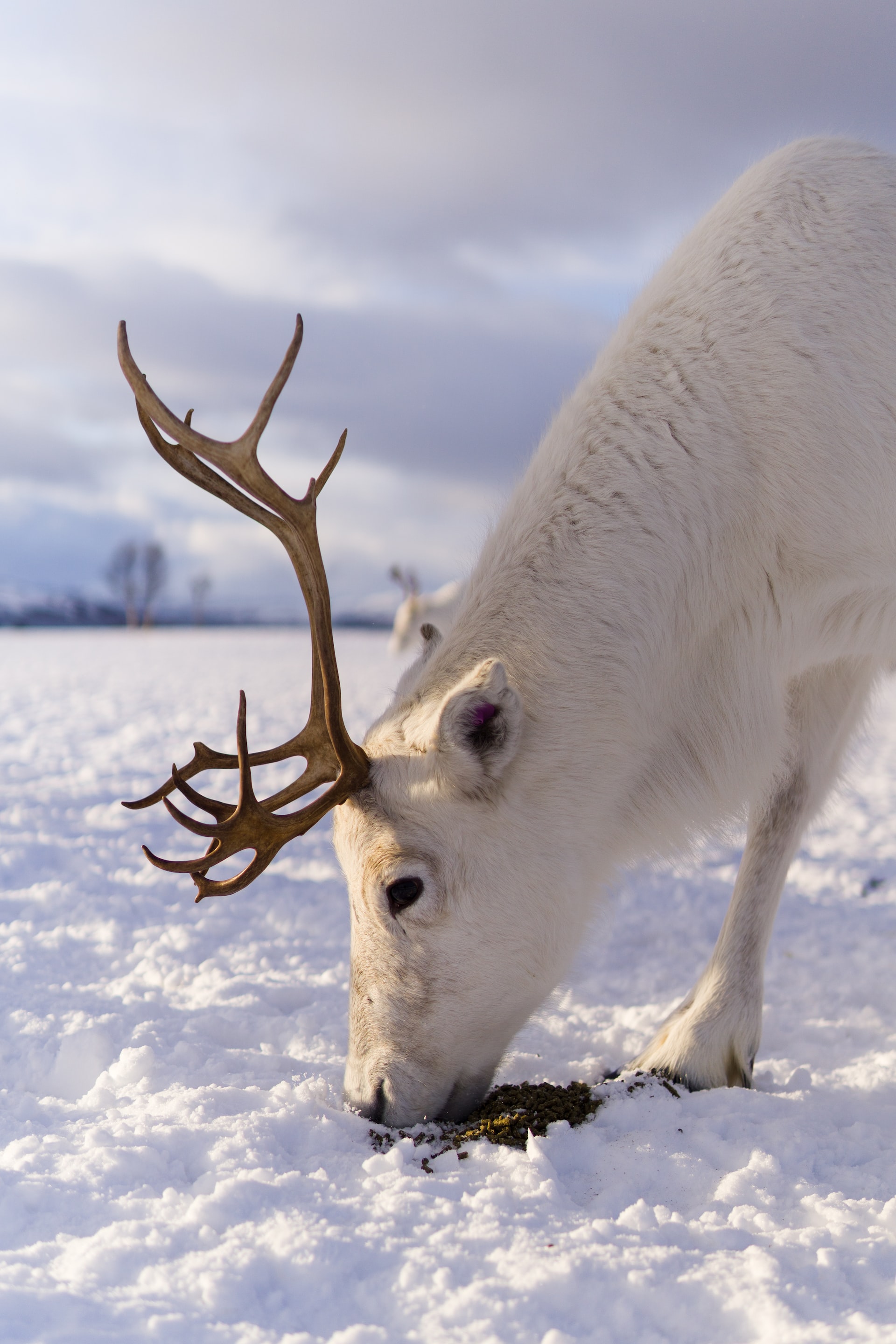 Visit the family home of a Sami clan that has lived in the town of Flakaberg for the last seven generations. Get up close to their reindeer herd and be regaled with tales from the lives of some of Europe’s last remaining indigenous peoples. 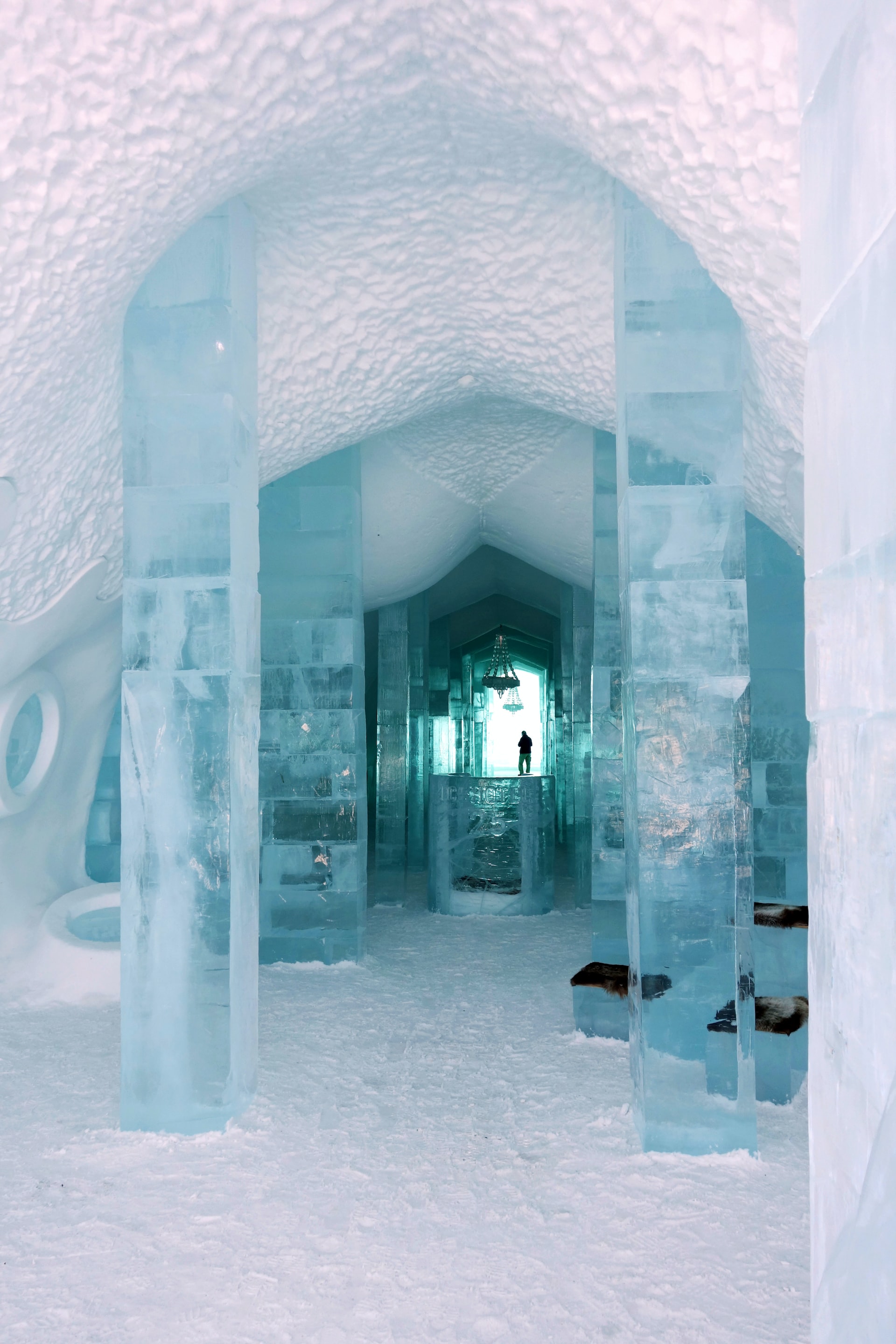 Enjoy a memorable stay at the iconic Ice Hotel, hand-carved each year from blocks of ice, or at the timber-built Arctic Bath, a full-service sauna that floats on the Lule River. Finally, meld with your forest surroundings suspended in the Tree Hotel’s camouflaged rooms, hanging several meters above the forest floor. 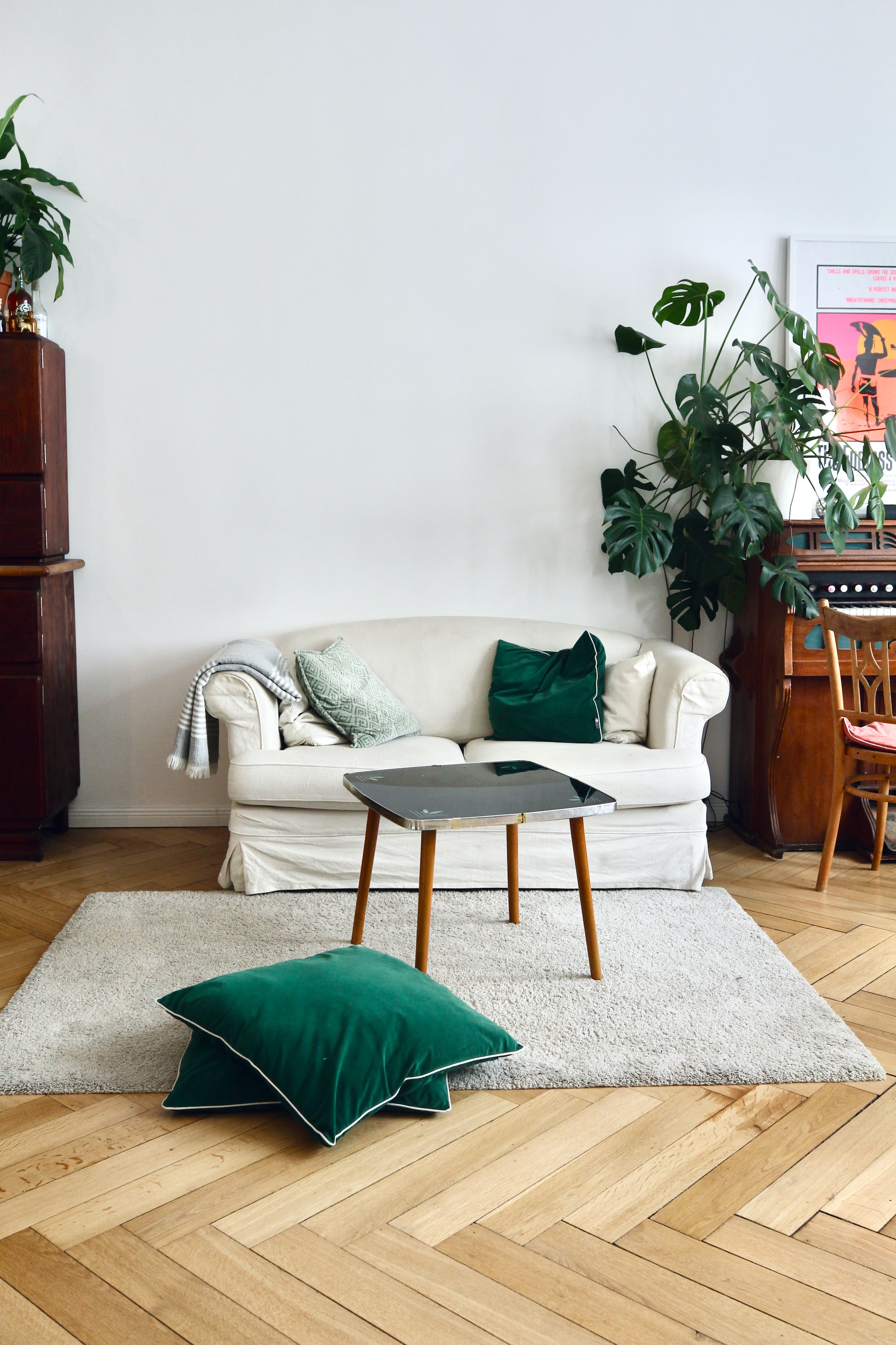 Be inspired by the genius of Nordic interior design

Admire beauty of both form and function on a visit to Sweden’s brightest stars of interior design. Peruse the wide selection of sustainable wares at Svensk Tenn, Carl Malmsten and Designtorget – from traditional handicrafts to thoroughly modern items, invariably fashioned to spark joy. 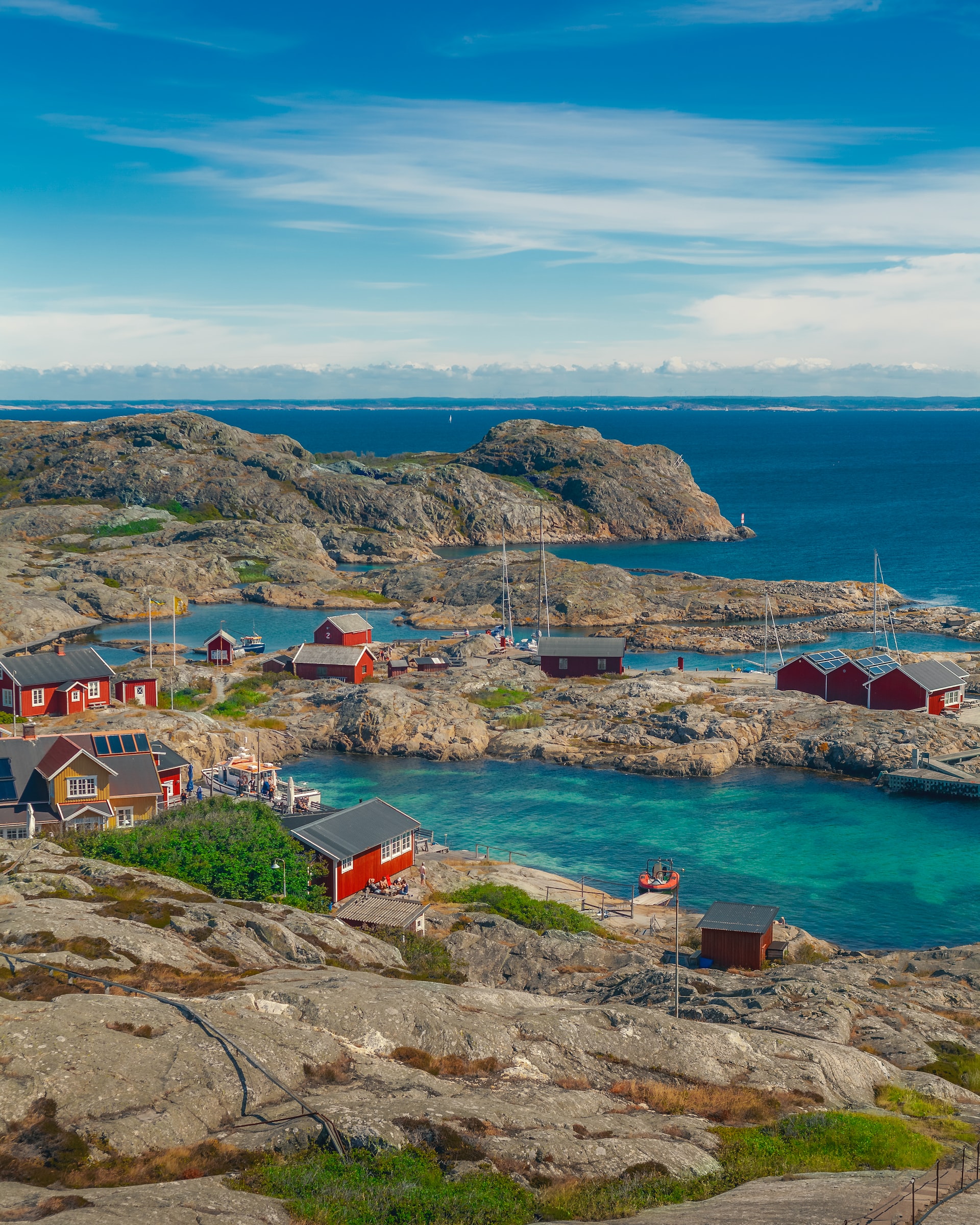 Embark on a wilderness adventure

Sample the best of Sweden’s outdoor highlights, from spotting bear and moose in the mountains to horseback riding through the forests and along the coasts. Try fishing – for salmon and trout – and kayaking on Lapland’s pristine Lule River. Cool off with a dip in a natural rock pool on a hike alongside some of the highest rapids in all of Europe. 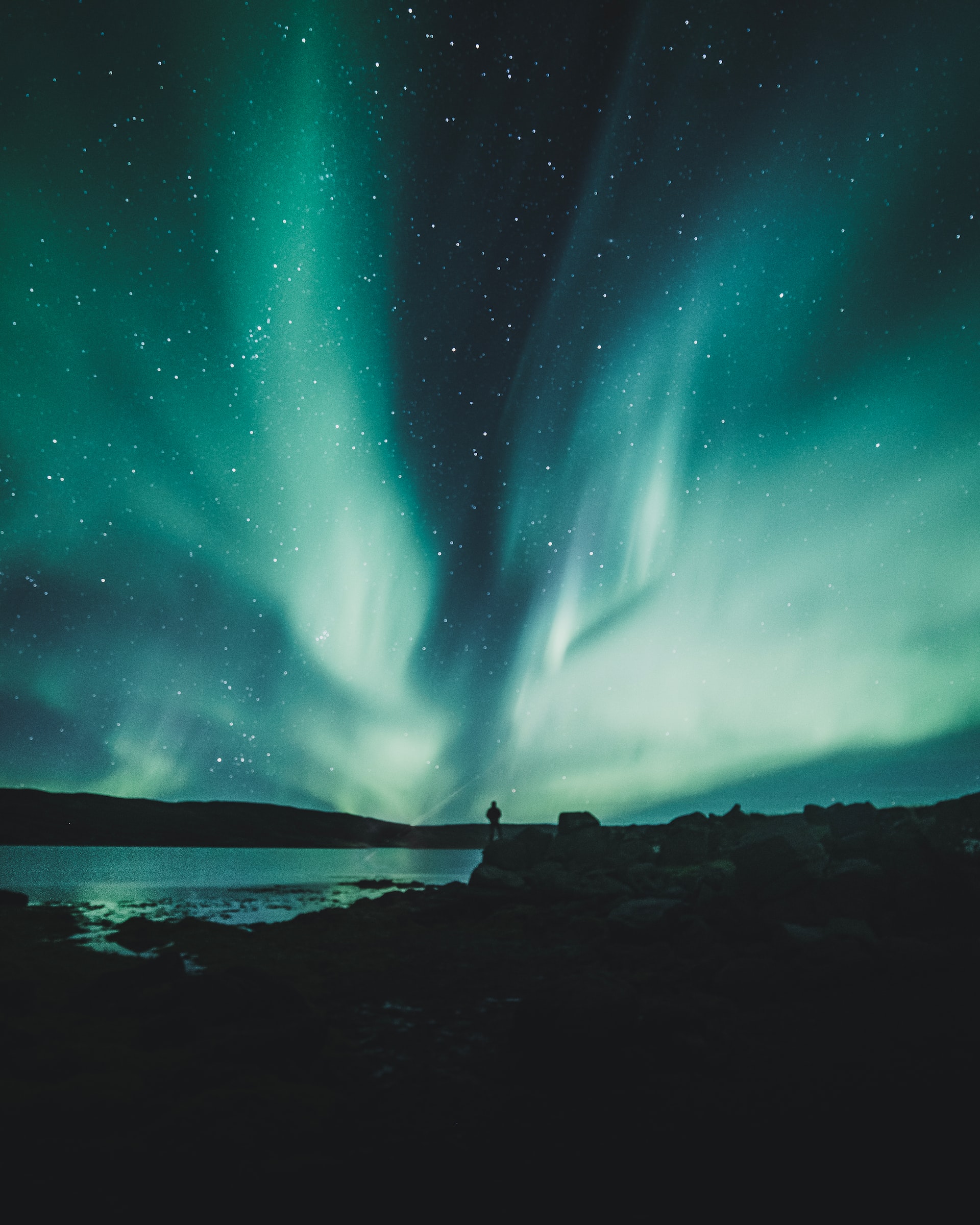 Gape in awe at the cosmic spectacle of aurora borealis

On a night in the wild of Sweden’s Arctic zone, be filled with wonder at the spectacle of a lifetime. Gaze up at the heavens to bear witness to the legendary Northern Lights – radiant flashes of indescribable colours, pulsing and streaking across the night sky. 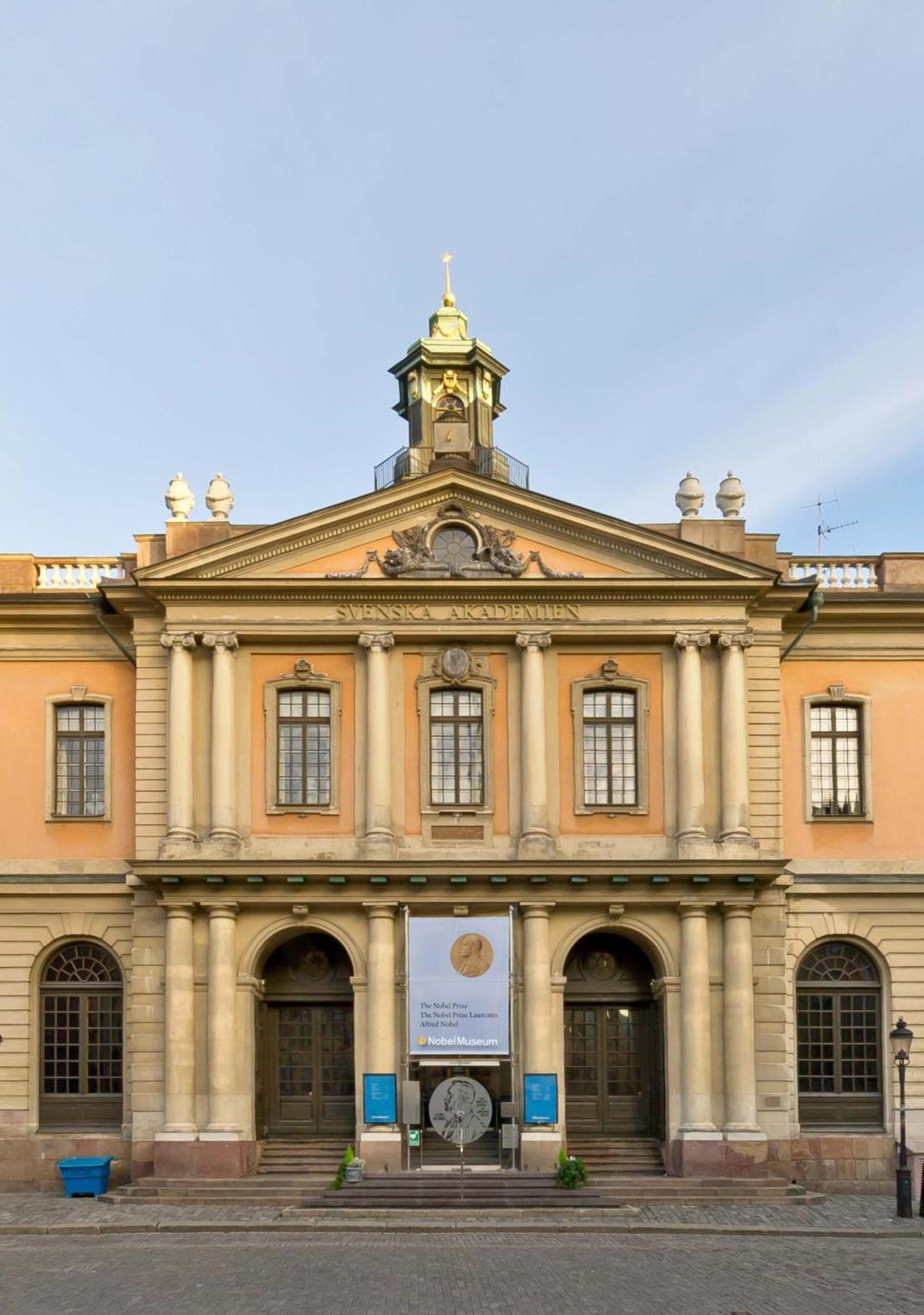 At the heart of the Gamla Stan, step into the famous Nobel Museum, a fine tribute to the laureates of the past. At Foitografiska, be dazzled by the theworld-class display of contemporary photography. At the Moderna Museum, among Europe's most prized collections of art from the modern era, admire the works of the icons of the 20th century, among them Picasso, Matisse and Dalí.

Sweden lies in Northern Europe, in the region of Scandinavia. Sweden’s land is blessed with lush greenery and with 100,000 lakes dotting the entire territory. The country also has over 24,000 islands that are open for you to explore.

Sweden is bordered by two countries, Norway on the West and Finland on the Northeast. The Eastern border of Sweden opens to the Baltic Sea and three stretches of water - the Skagerrak, the Kattegat, and the Öresund straits – separates Sweden from Denmark.

The country’s territory is long and narrow, with an area of slightly larger than 450,650 square kilometres. The Northwest of the country features mountains and lakes. The highest mountain in Sweden is the Kebnekaise, which is part of the Scandinavian Mountain range, standing at 2,096 metres above sea level. The Southeast of the country features more forests, fertile valleys, and plains. The coast of Sweden is lined with bays and inlets.

Stockholm is the capital of Sweden. The city is built upon several islands as well as parts of the mainland. The city is connected by more than 50 bridges and has over 90 beaches. The city also has an abundance of green spaces, that allows them to not just enjoy the park, but has spaces for people to swim as well.

As of Jul 2022, the prevailing exchange rate is approximately 0.14 SGD to 1 Swedish kroner.

ATMs (also known locally as Bankomat or Uttagsautomat) can be found at airports and in Sweden’s major cities and towns. Money can be withdrawn using international credit cards: MasterCard and Visa are accepted in most ATMs. A small fee may be added based on the terms and conditions of your bank. To withdraw cash, a card with PIN and chip is required as the older cards with magnetic-stripe does not work.

Sweden is a widely cashless society. Many shops, museums, restaurants, and taxis accept cards payment. The commonly accepted methods are Visa and MasterCard, AmericanExpress is also widely accepted but there could be some restrictions. However, it is still recommended to carry sufficient cash in smaller notes especially in smaller and rural areas.

As part of the Schengen region, visitors to Sweden will require a Schengen Visa, unless they have citizenship from a country without a visa requirement for entering the Schengen region. The specific type of visa will depend on the purpose of travel.

For visits less than 90 days, Singaporeans do not require a visa to visit the Schengen area.

The climate of Sweden varies widely across time and regions.

Different regions in Sweden experience different climates: Central and southern Sweden: the winters are short and quite cold, and summer temperatures are similar to those in southern England, but with a lot more hours of sunshine and daylight. Northeast meanwhile, the winters are severe, the more so as you travel further north, while the summers can be surprisingly warm. Far north, the winters are also severe, with snow lying year-round on elevated areas, and the summers are short and changeable. Because Sweden lies at a high latitude much of the country has very long hours of daylight in summer and very long nights in winter.

Transport ( if applicable )
‍
The public transport system in Stockholm consists of the Metro, commuter fail, commuter ferries, trams, light railways, and buses. It covers a wide area inside and outside of the city and can bring you to most places in Sweden.
‍
‍Purchasing a travelcard would be cheaper and more efficient if you are planning to use public transport for several days. These cards are available with varying time frames and allows you unlimited travel within that time frame. You can purchase these cards at all Metro stations or ticketing agents with the SL logo displayed on flags or stickers.

You may also opt for downloading the app – SL-Reseplanerare och biljetter – which allows you to buy both period and single tickets.

Board the bus by the front, although there are some inspectors that admit passengers through the rear door in Stockholm’s city centre.

To disembark, you would have to push the stop button, and the word ‘Stannar’ will light up on the display in the bus. In some of the buses in Sweden, you would have to push a button to open the doors, the button is on the pole next to the door.
‍
Metro and train
‍Most stations do have manned or automated barriers. If you are travelling with the app or contactless card, you should tap on the green card reader. If you are travelling with the SL Access card, you should tap on the blue card reader.
There are express trains that do not stop at every stop, they only operate during peak hours. Otherwise, all metros and trains will stop at every stop.

Commuter ferries
‍There are four commuter ferries. If there are no ticket barriers or ticket posts, you should show your ticket upon boarding.
‍
The metro stations in Stockholm is also an art exhibition itself. Do take your time to appreciate the art as you travel.