Its name precedes its reputation, evoking the image of Oriental exoticism. But the city was actually renamed in 2001 from Zhongdian County after the fictional destination in James Hilton’s 1933 novel Lost Horizon described a Tibetan utopia much like this “earthly paradise”. In real life, the region marks the start of the Tibetan world, 3,200m high in northwestern Yunnan where you can be fully immersed in an intriguing blend of Tibetan and Han culture. Though it has a modern district, the real attractions lie at the edge of town where, in the old quarter, wooden houses and cobbled alleys that survived a devastating fire in 2014 have been joined by new ‘old’ buildings and lanes that imitate them. It’s also where Ganden Sumtseling, one of Yunnan’s most ancient and resplendent monasteries — and the largest in the province — is found; as well as the famous Tiger Leaping Gorge and Dukezong Ancient City. 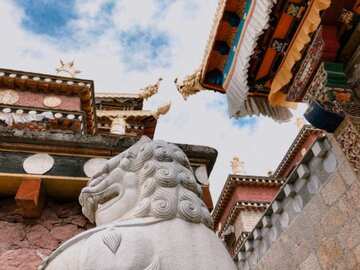 Situated 5km from Shangri-La, Ganden Sumtseling Monastery is the largest Tibetan Buddhist monastery in Yunnan. It’s also considered the most important monastery in southwest China. Built in 1679 by the fifth Dalai Lama, it’s made up of three main structures and eight colleges. Inside, 600 monks chant and meditate in the midst of incense, yak butter oil lamps, sacred Buddha relics and flower sculptures. 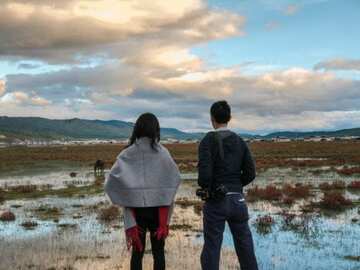 In the dry season (summer and autumn), numerous wildflowers bloom in unison while flocks of cattle and sheep graze on the Yi La Grassland. Rare birds such as the elusive black-necked cranes are also occasionally found in the area. During the rainy season (spring and winter), the area transforms into the stunning Napa Lake. 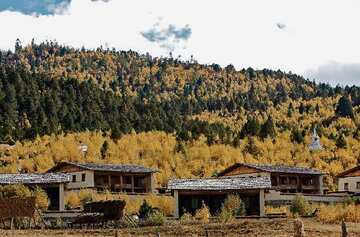 According to legend, a Buddhist monk was on a pilgrimage to Tibet with his goat when they reached Ringha valley and the animal refused to move. Seeing it as a sign that they’d reached a sacred place, the monk stayed on in the village. To this day, the hallowed serenity of the place endures. You can trek through the Tibetan villages around Ringha (where several semi-nomadic families live), explore Na Re meadow or go mushroom-picking in the pine forests in summertime. 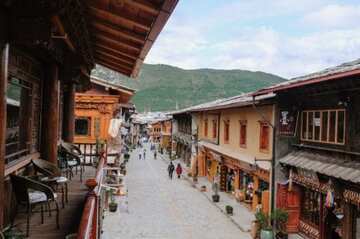 Over 1,300 years old, Dukezong Ancient City is a Tibetan town where residences are flanked by gilded prayer halls and pagodas, and where ancient traditions and rituals have been perfectly preserved. Located 700km from Kunming and one of the oldest towns in the region, it is known as the “footstep of Shangri-La”. People often come here to get away from city life and immerse themselves in the charm and quaintness of the surroundings. 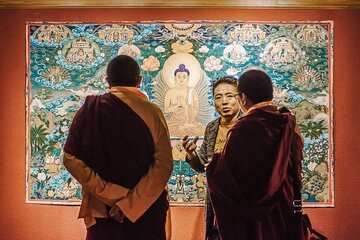 Since 2008, Thangka master and Tibetan monk Lobsang Khudup has been helping to teach impoverished youths from the Tibetan regions of Yunnan the art of painting and Buddhist philosophy; while preserving the 1,800-year-old tradition of Thangka painting. Visitors can also participate in classes at a small fee of 200RMB a day, inclusive of room and board. 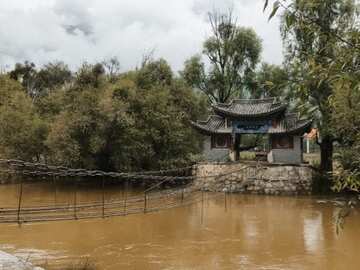 Named after a drum-shaped marble plaque, at the base of a mountain that flanks the first bend of the Yangtse River, stands the Stone Drum Town. A historically important town, this was where Zhuge Liang, the famous military strategist crossed the river and gained battleground advantage over his opponents. Today, it’s home to a bustling ethnic community, with Naxi, Bai, Yi, Miao and Hui folks inhabiting the town. 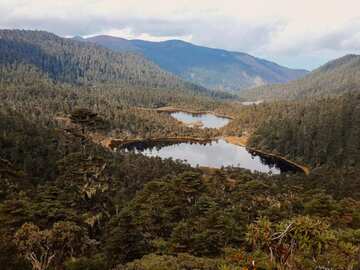 Ranging in elevations from 2,100-4,513m, Laojunshan is a mountain in northwest Yunnan that’s renowned for its biologically diverse collection of precious flora and fauna. It’s where around 10 per cent of all rhododendrons in the world grow wild — attracting thousands of visitors each year in the month of May and June — and where the endangered Yunnan snub-nosed monkey lives.